How to tell if you have a gifted child at home 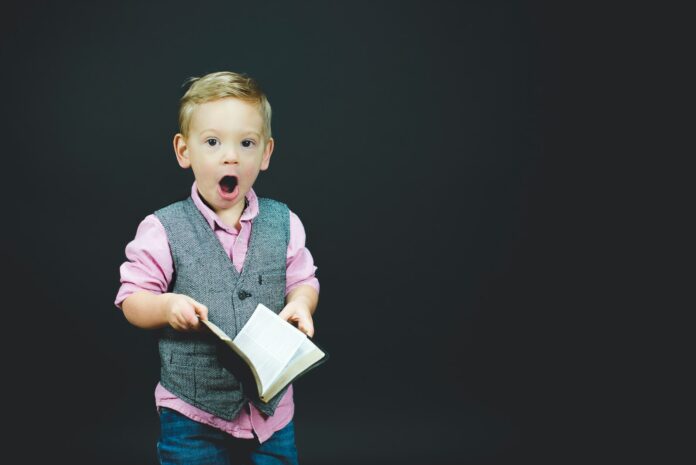 Many parents think they have the greatest child in the world at home. They likes to show off his success to everyone around him and to compete with other parents at the age of which this and his child learned. It is perfectly normal to be a proud parent. But what if there’s more to your child’s potential? Can you tell if your child is talented?

It’s a day like any other, and you’re looking at your little preschooler looking at the encyclopedia several times with interest and finding out how the universe came to be or how the dinosaurs lived?

Something is gnawing at you, and intuition tells you that there is simply “something” in that child? Is he extremely smart or is his interest in the world completely normal? How to recognize it?

You may be asking the same questions and wondering if you have a truly exceptional child at home or not. We are pleased to say yes. Every child is unique.

Nevertheless, some children can be said to have a drop more talent than others, as they show certain and often quite unusual signs of behavior.

However, this is not always straightforward to identify and recognize.

Sometimes it is even necessary to observe the child more or turn to experts in the pedagogical-psychological counseling center who will examine the child’s abilities.

Paradoxically, you don’t recognize a little genius by the fact that he “chopped Latin” at school, was always obedient and moderate, or carried only best grades home.

This behavior is not typical for gifted children, but it cannot be ruled out.

Little geniuses are much more likely to get stickers that label them naughty, rude, or constantly curious children. Usually, the high intellect of these children is compensated by something or masked by a disability (for example, attention deficit disorders).

The fact that a child is gifted does not mean that everything goes perfectly for him. It may be below average in some activities. Sometimes even gifted children suffer from learning disabilities.

It is for these reasons that it is often very difficult to identify gifted children and provide them with school conditions that would support the development of their skills.

What does talent mean?

In psychology, the definition of giftedness and talent is not uniform. In some scientific literature, it can be read that giftedness refers to a high degree of intellectual ability, while the word talent is used to indicate above-average control of specific abilities.

However, both terms are generally considered to be synonymous, as also stated by the American National Association for Gifted Children. By definition, it states that all those who exhibit extraordinary abilities in one or more areas, such as mathematics, music, languages, painting, dance or sports, are considered gifted.

How to tell if a child is talented?

Understanding how talent manifests itself is very important for recognizing it. The sooner you discover him in a child, the sooner you will be able to develop his potential. Moreover, it is no surprise that children performing above average performances require specific care.

As already mentioned, the examination of the abilities of extraordinary talent is carried out by pedagogical-psychological counseling centers or special psychological centers.

But before you break into a counseling center with your child, it’s always better to have more than just suspicion or intuition.

So how do you know from a parent’s position that your child is gifted? Try to see if you notice any of these points:

The child is not as mature in all areas. Rationally corresponds to the age of older children, but emotionally to younger children.

The child is restless, inquisitive and always has a lot of ideas. He may be prone to hyperactivity and perfectionism. When it does not perform at its best, it may react irritably.

He repeatedly performs exceptionally in comparison with other peers, not only in terms of speed and accuracy, but also in terms of understanding, finding a broader context or imaginative processing of the task.

He has many interests. However, they differ from the interests of peers. Sometimes it is very difficult to tear a child away from performing a favorite activity. Interests can also be very diverse.

He is interested in how things work. His favorite activities include browsing encyclopedias and researching things. He will often surprise you with his profound questions about the meaning of life, for example.

From an early age, he prefers completely different toys than other children, such as atlases, puzzles or chess. Other children are not yet interested in these things and according to standard standards, these toys are intended for older children.

They devote their zeal and energy only to certain activities that they enjoy. In some school subjects it is ahead and in others it lags behind. He ignores objects that do not interest him – his lack of interest is often noticed by educators.

He insists on the fulfillment of moral principles and promises. The child has his views and is not afraid to argue meaningfully.

His concentration on activities or stimuli, especially those that he enjoys, is extraordinarily long due to his age. He can memorize several tasks that someone assigns him, and then solve them sequentially.

He has a great imagination, which he shows through words or paintings. This point applies especially to creatively gifted children. Their visual imagination allows them to build unprecedented buildings out of cubes, to use colors in a non-traditional way when painting, to create stories or to invent jokes.

His vocabulary is expanding rapidly. He has no problem discussing and forming long sentences.

A musically gifted child is able to concentrate on the music for a very long time and flawlessly tap the intercepted rhythm.

Compared to peers, a gifted child is first in the development of gross motor skills. It is manifested by versatility of movement. He likes to exercise, swim or ride a bike. He has a coordination of movements over time and is usually very brave in movement games.

The fact that one of the points meets your child, of course, does not mean that he has talent. Likewise, a child cannot be considered gifted if he or she does not meet all the points in the list.

An intelligence quotient can also help you

One indicator of exceptional intellectual talent may also be the intelligence quotient.

The IQ of gifted children ranges from 120 to 129. IQ values ​​above 130 indicate extraordinary talent.

However, it should be borne in mind that children’s intellect may be masked by a disability such as autism or attention deficit disorder.

Based on this, teachers in schools may find them naughty, inattentive or restless.

Gifted children often do not get along with their peers and the assigned school assignments are too easy for them, so they get bored.

Therefore, differentiating these children is very important in terms of social impact and development of their potential.

Fortunately, there is the possibility of education according to an individual educational plan and also Mensa – an international social organization for exceptionally gifted children with an IQ over 130, where a child can enter and spend time in a group of equally gifted children. There are also several special schools for gifted children.

When tests confirm that you have a gifted child at home

Whether you choose to test your child as a parent or have been recommended by a teacher, after evaluating and confirming that your child is genuinely gifted, there should be a session with an expert who will suggest the best way to educate your child.

See also  How to get rid of snoring

Every child is different and needs a different approach. But you will definitely not do wrong if you support your child in your interests and try to develop his potential further.

But never forget to raise your child. Don’t excuse his bad behavior with extraordinary genius and the words: “It doesn’t matter. We have little Einstein at home. ”

This approach will do no good. Likewise, your child will not grow into a person with a healthy self-confidence if he or she hears talented and ingenious from all sides.

Gifted children are still children who need a proper upbringing.

Acne in Adulthood: How to Get Rid of It Once and For All?

How to argue the right way

Many couples are afraid of quarrels and loud words . They fear that violent exchanges of views will destroy their relationship. But is it...

7 Effective tips on How to get rid of cellulite!

Complete Guide: How to be Happy