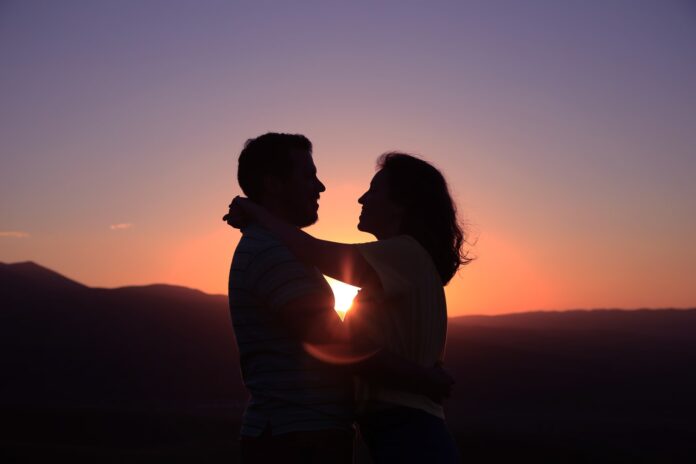 Finding the man of your dreams who wants to start a family and shares similar values ​​can be really hard. Not every man who charms you at first is a suitable candidate for a life partner in the end.

You will meet all kinds of men before you finally find the right one.

Breakups and rejections are not easy, but they are what shape your personality. At the same time, you find out what kind of life partner you are really looking for. There are types of men who are perfect for family life, but there are also those who are better off just dating.

Which men are suitable for a long-term relationship?

They say nobody is perfect. Everyone has their faults, but that’s usually what you go into a relationship with as well. Just as you have certain flaws, so will your partner.

You create mutual harmony when you can tolerate each other’s faults. Just as a woman can be a loving and caring wife, a man can bring the true one down from the sky.

During dating, you will meet countless different men, and only time will tell if one of them is the right one for you. However, there are qualities that cannot be hidden even at the beginning of a relationship, because they are part of a person’s nature. Which men can be the best partners?

A man with a cool head

Sometimes there are storms and sharp arguments in life that only a cool head can solve. While you are explosive, your partner should be the grounding element that doesn’t fan the flames but gives you space to calm down. He never argues with you and even though you yell at him and blame him, he remains calm. He doesn’t blame you for anything, but at the same time he doesn’t hold anything back. He will tell you his opinion without raising his voice.

When a stressful situation or crisis arises, he can face it like a man. He immediately gets down to solving the problem, doesn’t panic, and still tries to calm you down. It’s not that he’s insensitive or doesn’t have feelings, he’s just trying to calm you down with his composure, even though inside he may have doubts about how the whole situation will turn out.

This type of man is a solid point in your relationship that will always support you and be your rock.

A man who tolerates your mistakes

There are types of men as a manipulator who turns all your flaws against you. Everything that happens is only your fault. By enforcing this dominance, it not only hurts you, but also puts you in an inferior position.

See also  How to revive a relationship

And then there’s the man who loves every part of your personality. He realizes that he himself has faults that you have to tolerate and accepts you as you are. While you hate his socks in the corner, he doesn’t like your excessive cleaning. Every person has their faults, but it is important not to try to change the other person, but to like them even for these minor flaws.

A man who keeps his word

When he promises you something, he keeps it. Once you agree on something, you can count on it being done. It will never happen that you come home and find the man in front of the TV, but the child will still be in kindergarten. This man is responsible and reliable. Whatever task you entrust to him, you can be sure that he will do everything to complete it.

He will never look for excuses why it didn’t work, but he will always try to do his best. He is a punctual man who likes to have everything planned. The careful organization of his time allows him to better schedule individual duties and manage them all during the day.

A man who is not afraid

This type of man is not afraid of commitments. Men often feel that providing for the family rests mainly on their shoulders, and if they don’t manage to buy a house and earn enough money in the first few years of a relationship, they feel like they’ve failed. Even so, he tries his best to secure the family, both materially and emotionally.

A man who is not afraid, is reliable and is willing to do anything for his family. For him, family happiness and your satisfaction come first. He tries to give you enough love, is tolerant and knows how to listen. Although you may be faced with inconveniences and your lives are stirred by all sorts of vicissitudes, you are not afraid of the future and boldly face it.

A man who knows how to save money

Women generally spend more than men, but men’s pastimes are less frequent, but require more finances. Be careful not to bring home an avid gambler or bettor who will blow all your savings without you noticing.

A partner suitable for life knows how to manage money, saves it for important things such as buying a house or new equipment for an existing home. Your home is constantly trying to improve, while not spending on unnecessary things. Sometimes they will please you with a gift, sometimes they will buy something for themselves, but they will always consult with you about larger investments.

If you have trouble entrusting your partner with managing the family finances, you may not fully trust him.

Who to watch out for

It may take a while to find the right one. You will meet many types of men on your journey, but only one of them will be the one in the end. What types should you be wary of?

A man passionate about his work appears orderly and reliable at first glance. It seems that he can provide for the family and will not look for excuses why it is not possible. However, a workaholic loves his work and often lives for it.

He may even prefer her over you. Overtime at work is no problem for him. Work matters are more important than trips together, and planning a weekend with him in advance is impossible.

At first glance, it seems like a good match: he is insured, has his own home and a car. The relationship with him is beautiful at first, he treats the woman like a queen, but only until you start talking about settling down.

The old bachelor likes his independence and may not be willing to compromise for the benefit of others.

He imposes beautiful things on you, but most of them he doesn’t follow through on. They keep coming up with excuses, huge pugs and promises that it won’t happen again. This man is shrouded in a haze of mystery that you cannot penetrate.

He has shown you only one side of himself, but hides the others from you. In fact, you don’t really know what it’s like. He is more suitable for a short-term relationship – his mystery is charming and exciting, but when it comes to commitments, he cannot be relied on. This type of man does not seem trustworthy.

You were instantly captivated by his charm. He’s hot, has a beautiful smile and prettier hair than you. It is simply perfect – on the surface. Once you get deeper, you will find that it is empty inside. He likes to try his games on women and is used to always succeeding.

When faced with rejection or criticism, he is unable to accept it. He is self-centered and his first priority will never be you, but himself. He likes to be the center of attention and it impresses him to feel like the lion of the salons.

You will have a lot of fun with this type of man. You spend some evenings in the comfort of your home playing video games, which is nice at first: you feel like a little girl again, it’s nostalgic and romantic at the same time. However, he puts his game achievements above the real ones, he has no goals of his own. He spends all his free time at home holed up in his game den or watching TV.

See also  How not to be manipulated?

He doesn’t do anything with his life, he just lets it flow. You will have a hard time planning a future with him or wanting him to be responsible and reliable. This guy just has his own comfortable world and it’s hard to convince him to act.

How to recognize a bad relationship

Simple tips: How to travel cheaply

Discovering the beauties of the world is the dream of many of us. But who can afford to travel half the globe with a...

All You need to know about vermicomposting!

Don’t be afraid to accept your age