Big age difference between partners? It has its pros and cons 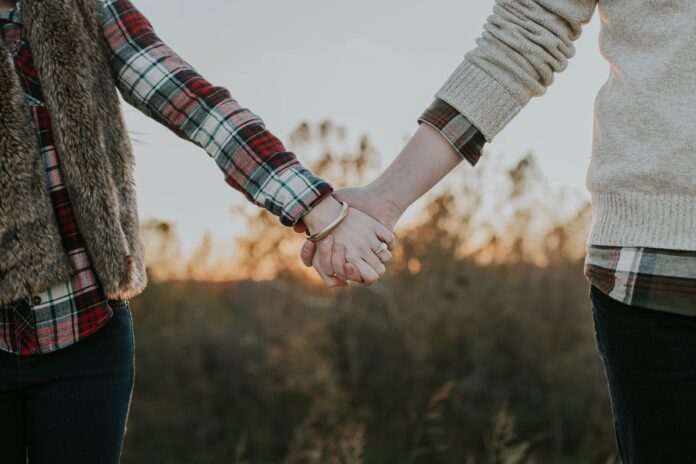 Common priorities, outlook on the future, but also similar interests and values ​​of life are important criteria for entering into a new relationship. Then there is one thing that can discourage anyone – the big age difference.

It is said that age is just a number. This is really true in many cases, you just have to look around or grind into the world of celebrities. There are also couples who share a huge age difference and their marriage is still stable.

However, according to experts, the high age difference between the partners can be an obstacle that may harm the relationship in the future.

Own preferences or evolution?

The fact that we subconsciously choose partners that are close in age to us is largely due to the social group in which we live.

Social circles usually include our peers. We share similar interests but also opinions with them.

Not only do we have the same experiences, but we also look to the future and life goals in a similar way.

But sometimes this similarity is exactly what we don’t want right now. Some people look for diversity, but also maturity.

Couples where there is an older man and a younger woman can be found more often than with a younger man and an older woman. According to The Conversation, evolution is to blame.

From this point of view, it is primarily a matter of reproductive ability, ie. to what extent the partner is attractive for men (= what genes she has), how much energy (= vitality) etc.

It is important for men that their partner is attractive and again it is an instinct – youth and enough energy are considered an indicator of fertility.

Because men cannot have children on their own, they target younger women, which increases their chances of becoming a father.

Women, on the other hand, are looking for a partner who is in a good position and has sufficient resources.

You don’t have to throw all women in one bag right away and call them gold diggers – the reason for this assumption is evolutionary again.

Women are the ones who bring children into the partnership, so they subconsciously look for a partner who is willing to put enough security into the relationship – both material and emotional.

This specificity can usually be provided by an older partner who is financially secure (has a stable job) and emotionally mature (is stable, responsible and determined to face commitments).

See also  How not to be manipulated?

In Western countries, heterosexual couples with a large age difference (10 and more) make up about 8% of all couples. More often it is an older man and a younger woman.

Only about 1% of these couples are a younger man and an older woman.

According to a study published in the Journal of Population Economics, couples with a lower age difference are more satisfied with the relationship.

Experts agree that couples whose age difference is not so high are more stable and durable.

Partners who are more than seven years old are less tolerant of partner crises.

Although both men and women are initially satisfied with their younger partners, this enthusiasm gradually wanes during the long marriage.

Satisfaction in a marriage decreases with its duration, significantly faster than in couples who do not share a high age difference.

According to the study, the reason may be that partners of different ages are less resistant to relationship turbulence.

Many people can’t even imagine a relationship with an older partner, for others age is just a number that doesn’t matter.

Although the age difference can cause some disagreements, it also has its long-term benefits.

Couples with a higher age difference show a greater degree of mutual trust and at the same time a lower degree of jealousy.

And what is the “high age difference”? Let’s say 10 years is not such a problem yet.

But the more years you and your partner share, the more likely you are to break up.

Although all people initially believe that their relationship will certainly last, the opposite is often true.

According to relationship expert Tracey Cox, dating an older or younger partner is beneficial, but more short-term. Long-term cohabitation can bring disagreements.

A relationship with someone who is significantly older or younger than you cannot just let it flow and wait for it to develop.

Although you understand each other well, have the same interests and enjoy common moments, you are each at a different stage in your life.

The most important topics you should discuss are family, finances and the vision of the future.

Each on a different wave

Living together seems to be pleasant and without complications, but you are already in your thirties and he is over forty.

You want to start your own family, but he already has two children and he may not want any more – this is just one of the obstacles that can arise.

See also  How to revive a relationship

Before you create anything more from your romance, talk about important topics that are crucial to continuing the relationship.

What are your goals for the future?
Think about how you envision a common future. Do you want to have children? Build your own house? Or just travel? Things like career, family and finance are important topics to discuss.

Do you share common interests?
While you are full of energy, want to go to concerts, exhibitions and the cinema, your partner would rather be at home and read the book in peace. Your worlds are very far apart and the reason is the age difference.

As a child, you both watched different movies, read different books. His world is old to you and yours is incomprehensible to him.

Common interests can strengthen your relationship, especially if the age difference is really high.

Can you give in to each other?
The ability to compromise is primary to a relationship. However, if your partner is at a different stage of life than you, he is likely to no longer want to back down and compromise (because he has done so all his life). Such coexistence can then be difficult.

Do you have anything to talk about?
The higher the age difference, the greater the gap is created between you. Each of you embodies a different generation that professed different values ​​and was influenced and shaped by different experiences. The absence of a common history may seem like a problem.

Teacher and student problem
Whether you like it or not, your roles in a relationship with an older or younger partner are fixed.

If you are older, you may feel like an omniscient teacher who teaches students new things. This can be very flattering at first, but over time it can start to bother you.

You will feel your partner’s independence and dependence on your person.

Otherwise, a similar problem may arise. As the younger one, you are fascinated by your partner’s maturity, but eternal learning and your own ignorance gradually reduce your self-confidence.

The age gap will not disappear

Having a relationship with an older partner may seem like a perfect idea at first – he is mature, he has it in mind and he knows what he wants from life. If the age difference is up to 10 years, nothing so fundamental is actually happening.

Problems arise in relationships where the age difference is, for example, around 15-20 years.

Although even such relationships can be happy, full, and full of love and understanding, the different ages of the partners are like a widening gap.

While now everything seems to be fine – you are 30 and your partner is 50 – it will not be so pink in twenty years.

At fifty, you will still be full of life and you will want to enjoy that the children have finally flown out of the nest.

But your partner will be a 70-year-old who wants to rest and have peace of mind. Things that you are initially willing to tolerate may eventually bother you.

However, according to some studies and expert opinions, partners with a higher age difference may be happier than couples of the same age.

They are more tolerant of each other, they can respect their partner and they take care of their relationship from the beginning.

If the age difference is not a great abyss of incompatible opinions and values, a relationship with a different age can be happy.

If you learn to respect and understand each other, the relationship will work.

Initial crushes don't last forever. After a few beautiful rosy years, it can fade away, the relationship becomes mundane and begins to decline. How...

How to be optimistic even in difficult situations

Acne in Adulthood: How to Get Rid of It Once and...