How not to be manipulated? 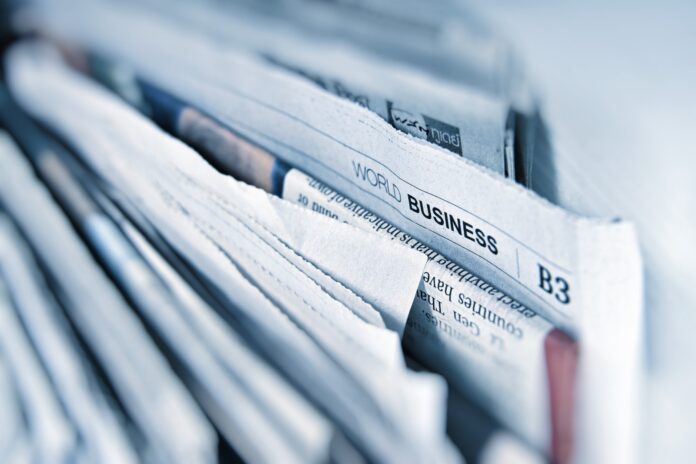 You may not like it, but I must tell you one cruel truth at the outset. None of us is perfect. Not you, not me, not Ryan Gosling. At least as far as intelligence is concerned.

Each of us makes mistakes, and we are often convinced of things that are not true. We are quite possibly stupider than we would like.

Whether we admit it or not, our thinking is limited.

We easily overlook what we have in front of our eyes, let it manipulate ourselves and in the vast majority of cases we don’t even know about it.

Does that sound scary? Don’t worry, there’s nothing weird about it.

We are all on the same ship. We are all somewhat limited. So our rationality, to be exact.

And it is in the limited rationality that there is room for marketing and manipulation techniques to make us jump as the smart and powerful whistle.

Behavioral economists claim that people are rational only within certain limits and examine the so-called heuristics, mental abbreviations that we make during decision-making in order to speed up and simplify decisions.

In addition to facilitating cognitive processes, they also generate a much greater chance of error. And the only way to fight it is to be aware of the mistakes in our thinking and to work with them consciously.

This is an introduction to issues and behavioral economics and now to what you are waiting for.

Ten mistakes that affect our daily decisions and lives:

The Anchoring effect refers to the innate human tendency to cling to the first information we receive, however absurd it may be. We then compare all the knowledge gained later in the mind with the original information, which is captured in the brain as a so-called anchor.

And how does it manifest itself in our daily lives? Whether we realize it or not, we encounter anchors today and every day.

Whenever we consider buying anything, the first price we see for a given item becomes an anchor, and we compare all other prices, in other stores, with it.

The same applies to the crossed-out price tags and the promotional prices listed below them. If we did not know the original price (anchor), the offer would definitely not seem so advantageous to us.

By the way, the anchoring effect is also one of the popular negotiation techniques, so keep that in mind next time.

See also  How to choose the right shade of makeup?

The IKEA effect describes the fact that we add increased value to the products we assemble ourselves compared to the same products that we did not participate in.

When instant powdered foods were marketed in the United States in the late 1940s to make life easier for American housewives, not all were received with enthusiasm. Housewives were reluctant to use cake mixes, which were enough to add water. Powdered cakes made baking too easy and underestimated their work and skills. But there was no such problem with biscuit mixes.

This was noticed by Ernest Dichter, who came up with the explanation that the cake, unlike the biscuits, has an extraordinary emotional significance and symbolizes the festive event.

Therefore, the housewife would not feel well if the guests said that she was preparing a birthday cake from a bag.

That’s why he suggested that the producers enrich the recipe for adding eggs. Own work is an important ingredient that increases the value of the product.

The Hindsight Bias, sometimes called the “I-I-knew-it” effect, tends to see past events as predictable, even though they didn’t seem predictable at the time.

WYSIATI stands for “what you see is all there is” and demonstrates the fact that the less information we have, the clearer it seems.

If the media serves us reports that show only a fraction of the whole truth, we will form an opinion much more easily than if we were more deeply interested in the situation.

Availability heuristic is the process of evaluating frequency based on how easily we are able to recall some specific examples.

One will be afraid to fly if knows someone who died in a plane crash rather than one who can’t remember a similar situation. Although the risk is the same in both cases.

In short and well, the more often we hear about specific situations (most often again from the media), the more likely they seem to us, despite the fact that the numbers often say the opposite.

The framing effect describes a situation where we draw different conclusions from the same information, depending on how this information is presented to us. If I tell you that the shampoo is made up of 20% chemistry, you probably won’t run it right away. But what if I told you that its composition is as much as 80% natural? Don’t you feel better right away?

See also  Acne in Adulthood: How to Get Rid of It Once and For All?

Unfortunately, we do not encounter this cognitive distortion only in marketing, where its use is (almost) harmless, but it is also very popular with the media and manipulators. Therefore, try to be critical of any information that may affect you in any way.

Confirmation bias is a phenomenon where we easily accept information that confirms our current view. On the contrary, we either directly ignore information that does not fit into our view or subject it to much stricter criticism.

There is nothing to add here. We all do it. And we have to be aware of that.

The principle of aversion to loss is that losses always seem to us bigger than profits of the same magnitude. So we are always more willing to take risks to avoid losses than to gain something.

Based on the performed experiments, this psychological phenomenon even states that if a person loses a 5 dollars, he would have to find 10 dollars in order to compensate the loss mentally.

Halo sound indicates a mistake in judging people based on first impressions. The first or strongest impression prevails, and our brain globalizes this first and only experience to everything else. Unconsciously, we often overlook a lot of things and it is much harder and more difficult to change it.

The so-called Decoy effect proves that when a person has two options to choose from and you want to manipulate one of them, you just need to add a third insignificant option that will point him in the right direction.

This principle is widely used in pricing, where you add two more options to the price you want people to buy your product or service for. Why? Take a look at an example of The Economist subscription ad. From it, the reader will learn that it is possible to purchase 3 types of subscriptions:

Which subscription version would you choose? And what would be our decision if there were only variants A and C?

See also  10 tips How to lead children to independence

Option B was just a lure to make readers buy more expensive subscriptions. The point is that when introducing the third (disadvantageous) offer, we no longer decide between the more expensive and cheaper option, but only a pair of advantages and disadvantages gets our attention. And of course we’ll buy the bargain.

Awareness of one’s own limitations may hurt at first, but when you acquire the ability to recognize situations in which our brains tend to make mistakes, you avoid a number of inconveniences in both work and personal life.

You will save money because you will not run into marketing tricks. You won’t fly hoaxes and fake news. You earn more because you negotiate a better salary or price for your services. You will avoid unnecessary misunderstandings in relationships and, last but not least, you will not be manipulated by the media, politicians and people who use our limited rationality to their advantage.

8 Most Common Questions about Sleep

Did you know that we sleep one-third of our lives? This is a solid time and confirms the fact that sleep is a necessary...

20 Tips on: HOW TO SAVE MONEY WHEN BUYING FOOD

How to argue the right way