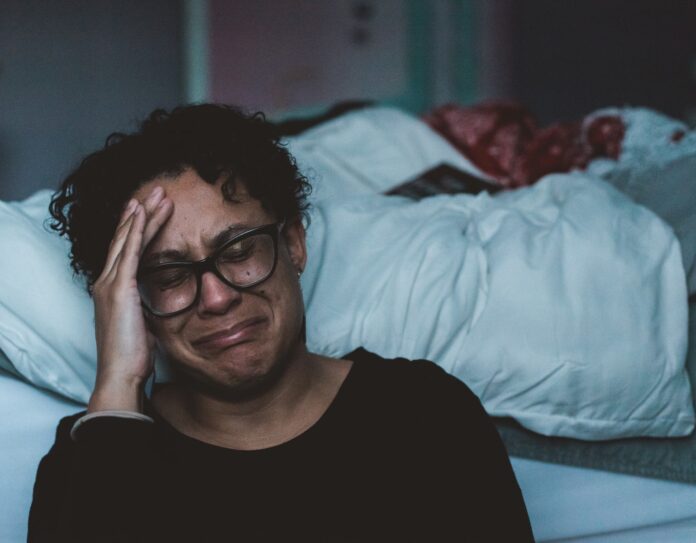 The love triangle in the form of a relationship between a man, his wife and a mistress is always complicated.

But why is a man really looking for a mistress? And what does the future hold for such a relationship?

Find out what a lover can expect from a relationship with a married man and what foolish things to expect.

You sit quietly in your apartment. You listen to the drumming of the rain outside the window and you feel a kind of indescribable emptiness.

A while ago, you and your dream man had wonderful romantic moments, but then he left.

He left for her – the one he had promised his allegiance to at the altar. For the one from whom he regularly runs after you, but to which he returns with overwhelming regularity.

You have confusion in your head and pain in your heart. You don’t want to think about anything at all. But you can’t help it. More and more often, the burning question comes to mind: Does he love me, or does he just take me as a toy that he throws away in time?

Why men long for a mistress

In order to find the answer to your question and thus the peace of mind, you must first figure out what men are actually looking for in their mistresses. That’s clear, you say.

But the solution to this puzzle will probably surprise you.

It is often not nearly what it seems at first glance.

There can be several reasons why men cheat on their wife. Let’s take a look at some of them.

The emotions that a relationship with a mistress evokes in a man act like a drug. The more often he is with her, the more he cannot imagine life without her.

The man is experiencing strong emotions

Be that as it may in your case, one thing is for sure. You are definitely not indifferent to a man who cheats on his wife or permanent girlfriend with you.

He feels good with you and has strong feelings for you.

In his relationship with you, he finds what he has lacked so far – self-confidence, admiration, appreciation, peace from all worries and adventures.

The man next to you feels stronger, more efficient and more successful.

The emotions that the relationship with his mistress evokes in him act like a drug.

The more often he is with you, the more he cannot imagine living without you.

But living with a mistress is just an escape from reality.

In the real world, you don’t live a real life together, just a kind of temporary fairy tale. Variety. Fun. Something that looks like a full life, but it’s not really.

Look also: How to move forward when someone cheats

A relationship without obligations suits men

The chances of him leaving his wife for you are minimal. When a man enters into a relationship with a mistress, he usually has no reason to leave his original family.

He simply found something else he lacked at home. If his marriage really fell apart, he would have divorced long before he found you.

Of course, he can wave his relationship with his wife and mistress hard when infidelity is betrayed.

Even so, it does not necessarily mean that the man will leave his wife for you.

The relationship with the mistress is based on completely different values.

He shares security, a solid background, a common past and often children, the extended family and property with the home he shares with his wife.

A mistress is just a diversion – something he cares about and can’t imagine his life without it, but he would never put it first in his life.

In the vast majority of cases, a man in his relationship with his mistress does not look for security, background and a real home. He already has one.

What will be next? The decision is yours

So if it turns out that infidelity is exposed and the relationship with his wife ends, while the loving one continues, in most cases it is not an option on the part of the man that he has chosen himself.

It is a possibility that he was faced with.

And then he probably take a look at the decision to stay with my mistress with an attitude.

This does not mean that a man does not have strong feelings for his lover. In fact, he doesn’t love her as much as he does his wife.

See also  10 tips How to lead children to independence

Are you the mistress of a married man? Then know that there is no good way out of your situation.

If your secret relationship is still in its infancy, it will probably be best to back away from it until the damage done is too big.

It won’t be painless, but it will be less and less than if you took this decisive step when it was too late.

But what if your relationships are too complicated to get out of your situation without major scars? Then think carefully about what you expect from life.

Are you willing to give up the opportunity to live your full and true life the way you always wanted because of your relationship with a married man?

There are always several ways to manage your life.

Everyone around you probably has good advice for you. But in the end, you decide for yourself. T

ake off your pink glasses and look at your life for once without them, without anyone influencing you.

Be honest with yourself.

What do you see? Do you live a life that fills you?

If so, then all you have to do is congratulate you.

But if you find that you are not happy in your life, then gather courage and do something about it.

There is nothing worse than looking back in old age and finding out that you would really like to live your life completely differently.

How to recognize a bad relationship

Losing weight bothers us from time to time. Someone more, someone less. For everyone, the possibilities of losing weight are different - both in...

10 Easy ways to be more kind to our planet

Prepare healthy and tasty meals according to the advice and tips...

How to peel and roast almonds?