How to fight cyberbullying 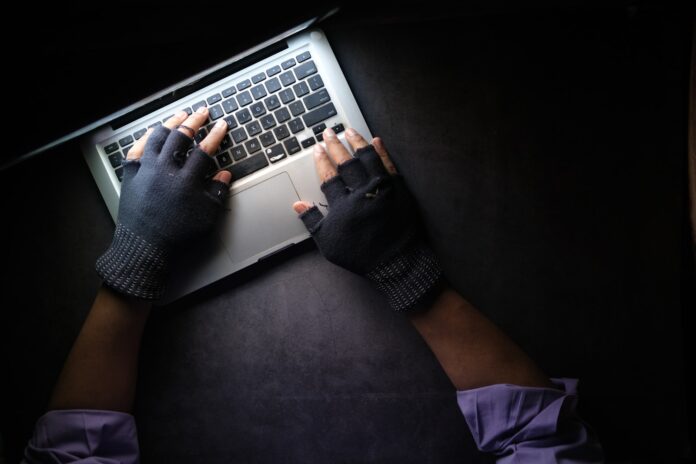 It is slowly and surely creeping into our lives. We are starting to hear more and more about her. It is no longer just a meaningless concept from films. It unobtrusively becomes a common part of the daily lives of us all. It’s about cyberbullying. What exactly is it? How do you know if any of your loved ones have fallen victim to her? And how to fight it successfully?

Cyberbullying, also called computer bullying, refers to the forms of oppression used by electronic media. It is mostly bullying via mobile phones and the Internet. The attackers usually aim to ridicule or otherwise harm the victim. The person who starts cyberbullying usually has aggressive tendencies and uses the disproportion of forces between him and the bullied.

But sometimes cyberbullying can happen unintentionally. In today’s world of modern technology, it is easy for a failed prank to become a sensation. And so innocent and well-meaning entertainment easily grows into cyberbullying, usually caused by people who react to the publication of a photo or some information. In practice, this may mean, for example, that your friend publishes his or her own photo on social networks. But he is so interested in himself that he no longer notices that he is not alone in the photo. If you are captured in a photo in a compromising position, the problem can quickly be in the world.

Whether the source of bullying is the right or wrong motive, such a situation is very unpleasant for the victim of this modern form of bullying. Cyberbullying attacks are most often experienced by trusting young children and schoolchildren, but it is not avoided by teachers and other adults either. In short, cyberbullying is threatening us all today.

When you become a victim

But cyberbullying can grow not only a mistake, but also a harmless prank at first. At first it may seem that this is nothing. However, any SMS message, e-mail or, for example, a post on social networks that is unpleasant to the victim can be described as cyberbullying.

Stalkers are most often people who know their victim well. This is usually a current or former friend or partner. As with regular bullying, in the case of cyberbullying, stalkers are usually well aware of their victim’s weaknesses. They knows where the bullied person is vulnerable and which places his personality to attack.

Cyberbullying does not only mean attacking through social networks, but also online blackmail or identity theft.

It is not cyberbullying like cyberbullying. As in many areas of life, modern technology is a good servant but a bad master. In addition to the cyberstalking described above, bullying can also slip into cyber-fighting. In such a case, the aggressor usually sends his victims unsolicited SMS messages, e-mails or other messages that are unpleasant to the recipients.

In addition, there is often talk of flaming, where the attacker provokes quarrels in cyberspace and, for example, insults other participants in internet discussions. It is no exception that cyberbullying is linked to other manifestations of common bullying. The attacker only uses other ways to ridicule his victim. Recently, for example, so-called happy slapping has become more common, in which one becomes a victim of “fun” of other people. They decide to physically attack an innocent and sometimes completely random person. They records everything on mobile phone and then publishes the recording on the Internet. But cyberbullying can also mean online blackmail, the disclosure of another’s secrets or identity theft.

People who are shy most often fall victim to cyberbullying. They cannot clearly assert themselves and often do not even physically defend themselves. It has long been confirmed that school-age children most often experience cyberbullying.

If your child is a victim of cyberbullying, you will usually not recognize it by bruising or torn clothes as in the case of ordinary bullying.

Tracking down warning signs that your child is a victim of cyberbullying is much more difficult than ordinary bullying, as we have known it so far. While a physical attack usually results in bruising, dirty or torn clothing, and other items, in the case of cyberbullying, the result is usually “only” psychological harm.

Nevertheless, there are certain features that you can use to detect cyberbullying in your child. The victim usually begins to shut himself in and stops communicating with his surroundings.

If you think there is something wrong with your child, think about it.

How to fight cyberbullying

The effects of cyberbullying can be much more severe than those of standard bullying. In addition, the permanent effects of bullying can be treacherous. This is because a physical or verbal assault usually ends after a period of time. But a cyber attack may not end at all. If no decisive action is taken, an inappropriate contribution can circulate on the Internet and be easily traceable even after several years. The solution to such a situation is often difficult to find, and due to the reach of social networks and websites, even strong solutions in the form of transferring the child to another school may not help your child.

See also  How to recognize a bad relationship

We have prepared a brief procedure for you in 7 points on how to prevent cyberbullying quickly and effectively.

It is really bullying?

Carefully consider whether your case is really bullying and not just a heated conflict.

Think about whether it is possible to avert cyberbullying by not getting involved or simply not responding to it.

Try to prevent cyberbullying by making it clear and emotionless that you don’t want them to post sensitive information about you, make fun of you or send you offensive messages.

Contact someone experienced. In the case of children, parents or someone in the family they trust is most often supported. By entrusting yourself to someone more experienced, you can gain the necessary insight. You may also find out together how to prevent cyberbullying.

Report it to someone responsible

Tell responsible persons that your children are victims of cyberbullying. Report cyberbullying to a teacher, school counselor or someone from the school management

Report it to the operator

If a stalker uses a website or social network to spread inappropriate messages, report its actions directly to your service provider or telephone operator.

If none of these options work and the stalker keeps repeating his attacks for a long time, report it to the police.

It pays to proceed with caution

Never underestimate cyberbullying. Its consequences can have a devastating impact. If your child is a victim of cyberbullying, inform school management. And if necessary, do not be afraid to contact the police. If you save the evidence of cyberbullying to your computer, it can help you solve the situation more easily. Even if the cyberspace stalker deletes everything, you will still have clear evidence that the bullying actually took place.

Rules of one night stands

Who has never tried non-binding pleasures as if did not live. While this type of entertainment may seem ideal at first glance, it has...

15 TIPS ON HOW TO ORGANIZE TIME AND BE PRODUCTIVE

How to Tell if Eggs Are Bad 

All You need to know about vermicomposting!