How to replace sugar? 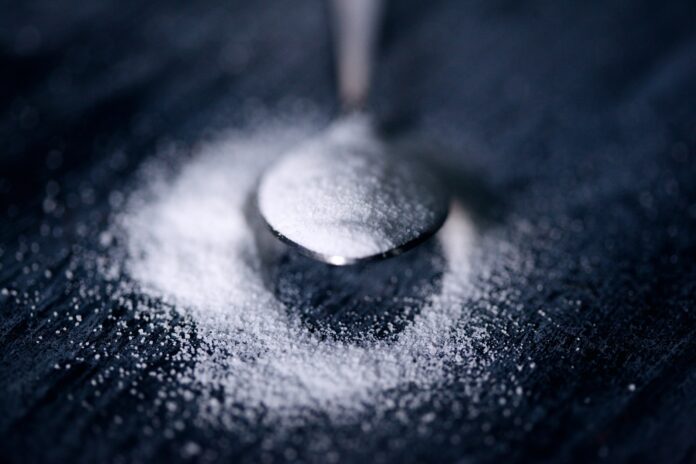 Has anyone ever told you they don’t eat sugar? And you immediately thought what it’s like to never sweeten your life?

All sugars are sweeteners, but not every sweetener needs to be sugar. Did we confuse your head? So now we unravel it for you once and for all.

We will find out if artificial sweeteners are dangerous, and we will also look at natural ones.

And we will also advise you on how to harmonize and how to replace sugar!

Why do we have a sweet tooth?

The fact that we love sweet tastes so much is given to us genetically.

Recognizing the sweet played an important role in our ancestors – people soon discovered that what is sweet will quickly give them energy.

At the same time, they knew that if a food had a sweet taste, it was not spoiled, it was safe to eat it.

What sugars are there?

According to current legislation, we call all monosaccharides and disaccharides present in food as sugars.

According to the recommendations of the European Food Safety Authority and the World Health Organization, sugar should make up a maximum of 10% of the total daily intake.

It is necessary to monitor not only the added sugar, but also the one that occurs naturally in food.

At the same time, the World Health Organization has long called for a reduction in dietary sugar intake. As with all other food ingredients, human energy expenditure, diet composition and body weight need to be taken into account.

We divide them based on their chemical composition according to how many units they contain in one molecule.

In the body of plants and animals, they primarily function as a source of energy, but also serve as a reservoir or building blocks of other cells.

By sugars we usually mean monosaccharides and disaccharides. There are also polysaccharides – complex complex substances that do not have a sweet taste, and therefore we usually do not talk about them as sugars.

You can often find the addition of added sugars in the food industry. These are substances that are added to food only during their industrial processing.

Your metabolism does not differentiate between added and naturally occurring sugars, it breaks down in the same way, the only difference is in the amount that your body has to process.

Sugar has a high energy content, but it does not bring any other nutrients to the body.

Therefore, a healthy amount does not bother a healthy person, but if consumed in excess, it contributes to obesity.

It contains two sugar units, into which it breaks down in metabolism: fructose, so-called fruit sugar, and glucose, so-called grape sugar.

See also  Diet Overview: From scary to absurd to ones that work

A hormone called insulin is needed in the body to absorb glucose properly. If our body can’t make enough insulin or can’t process glucose through it, we’re talking about diabetes.

What is a glycemic index?

The glycemic index is a value that indicates the rate at which the body uses glucose.

This requires the hormone insulin, so only sweeteners with a very low glycemic index are suitable for diabetics.

Instead of refined sugar, which has this high index, we can use not only during diets to sweeten other products – artificial or natural sweeteners. However, we must also be careful with them.

Can a person be addicted to sugar?

Consuming sweet causes us very pleasant feelings. Most scientific papers emphasize that the real sugar addiction cannot be talked about, but there are some parallels.

The study likens excessive intake of refined sugar to caffeine addiction rather than drug addiction, but admits its addictiveness.

So comparing sugar to hard drugs may be an exaggeration, we should definitely be careful with the intake of added sugars!

Researchers have rated sugar overeating as a potential risk because over-consumption causes 5 of the 11 effects of addiction – we eat it more than we intended, our body gradually gets used to it and longs to increase its intake, we can’t tolerate its sudden withdrawal and over-consumption. brings significant risks to our health.

Other adverse effects include a higher incidence of tooth decay, a tendency to obesity or diabetes.

In addition, women can experience common problems with yeast infections.

What is the difference between sugars and sweeteners?

Sugars are compounds that are generally far more caloric than artificial sweeteners. It brings a lot of energy to the body, but no nutrients.

Therefore, over time, people began to look elsewhere in nature to replace white refined sugar with more nutritious options. These include, for example, honey, cane or coconut sugar, panels and exotic syrups – these ingredients can then be described as natural sweeteners.

A special group consists of so-called polyalcohols, natural substances with high sweetness, which we do not call sugars, but belong to the group of carbohydrates. These include sorbitol, xylitol or erythritol.

As artificial sweeteners, we refer to substances that have been produced by chemical processes.

Their main advantage is many times greater sweetness compared to sugar and greater stability in different conditions.

At the same time, they are almost non-caloric and do not create favorable conditions for tooth decay.

They are used both in common taste-improving products and in foods intended for special nutrition (for example for diabetics).

Improving the taste and sweetness of the product is often the motivation to add artificial sweeteners to foods that do not “need” it.

In this way, producers only replace part of the taste that was lost during the processing of the raw material.

This allows them to artificially improve the properties of the product without having to use quality raw materials.

You may also come across a label for sugar substitutes, intensive or sweetener substitutes.

However, this says nothing about the origin of the substance. Xylitol, a sweetener made from birch bark, can be described as a sugar substitute as some purely synthetically made sweetener.

What sweeteners to use instead of sugar?

If you want to have a sweet life, you don’t have to despair, there is a solution. Just replace white refined sugar with some other natural sweetener, ideally with a lower glycemic index.

You will definitely think of exchanging sugar for honey first. It does not differ so much from white refined sugar: just as sugar contains glucose (30%) and fructose (40%), but in addition you will find minerals (potassium, calcium, sodium, magnesium, phosphorus), in small amounts it also contains vitamins.

The glycemic index of honey depends on its origin, it is generally lower than that of ordinary sugar, but it is still not perfectly low. But beware! It is more caloric than regular sugar.

Coconut sugar, which is obtained from the nectar of a coconut flower, has similar properties.

Although it contains more calories, from a nutritional point of view, this sugar is a better choice than refined, because it did not lose potassium, zinc, iron or calcium during processing.

It has a high glycemic index – it contains 70-80% sucrose, and tastes similar to brown sugar.

Cane sugar is usually made similarly to white, so we recommend that you try the panela instead.

It is actually sucrose formed after evaporation of sugar cane juice, so it has a high glycemic index.

It is used for its taste – it is beautifully rich and caramel. It is also nutritionally rich – it contains vitamins (B, C, D and E), minerals and trace elements (calcium, iron, phosphorus, magnesium, potassium, zinc, copper and manganese).

Stevia is an extended sweetener. It is far sweeter than sucrose, and yet has a low energy value.

The sweetness of stevia is not based on carbohydrate content, as is the case with other sweeteners, but on glycosides.

It also has a low glycemic index, so it is often used by people suffering from diabetes.

See also  Vegan vs vegetarian: All you need to know

It is obtained from the leaves of the tropical plant stevia sweet.

Stevia also contains vitamins and minerals (such as vitamin C, calcium, potassium, sodium, iron and others).

Similarly, xylitol, sometimes called birch sugar, is made because it is made from birch bark.

It is a suitable sweetener in low-carb diets and has a low glycemic index.

It belongs to the natural alcohol sugars and has its own designation – E967.

The sweetness has about 87-100% sweetness of sucrose and the taste is close to white sugar.

It has a slightly cool end, so it’s no wonder that it is added to chewing gum, for example.

Care must be taken when using it – it is toxic to animals!

You can also use various syrups to sweeten the porridge.

Rice syrup is formed by hydrolysis of rice starch. The consistency is similar to honey, but not so sweet. It does not contain fructose and has a lower glycemic index than sugar.

Agave syrup is made from agave juice. This is a cactus native to Mexico. It contains residues of inulin, which supports the intestinal microflora.

Date syrup is high in calories, very sweet and has a higher glycemic index. The consistency is similar to honey and is great for pancakes. It is made by mixing dates with water, so it retains the beneficial substances contained in dates. You will find antioxidants, fiber, potassium, magnesium and other minerals.

Why is it better to avoid artificial sweeteners?

Their opponents point out, above all, that in most cases they have zero caloric values, but with their very sweet taste they encourage overeating and get people used to consuming industrially processed foods.

People then succumb to unnaturally sweet tastes, and sweet foods, such as dried fruit, are not enough for them.

We classify sweeteners as additives and therefore the same legal conditions apply as for other additives.

They must be approved by current legislation and must not be shown to have negative effects on health.

Did you know that…

The Fruitarian Diet: What do Frutarians eat?

How does heat treatment affect the content of vitamins?

Keto diet – how does it work and what to eat?

10 great tips and complete guide: how to look for cheap...

Where and how to look for cheap accommodation? We have prepared a complete guide and tips for finding exactly the accommodation you want. How to...

How to store nuts?

How to Tell if Eggs Are Bad 

15 TIPS ON HOW TO ORGANIZE TIME AND BE PRODUCTIVE